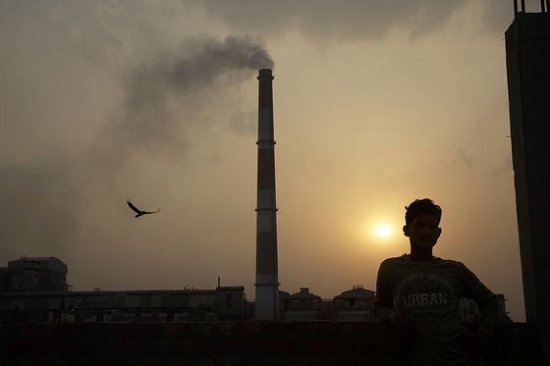 China, which is Asia's biggest economy, has long been struggling with the problem of the misty sky. India is facing the most rapidly growing economy in the world, but it is also facing pollution. Of the 20 most polluted cities in the world, 10 belong to India.

As soon as winters start, Modi Government's policies are going to be examined. At this time the crops are being lit with hay and air pollution on Diwali becomes hazardous. If policies are implemented successfully, the people of India and the government can be even richer. According to World Bank statistics, loss of productivity due to health care fees and pollution is 8.5 percent of India's GDP.

India is the fastest growing economy in the world. Although China's economy is five times bigger than India. In India, manufacturing is still being promoted so pollution is expected to increase. When Arvind Kumar started practicing as Chest Surgeon at Sir Gangaram Hospital, the patient was Mel Smoker, much of the lung cancer. He says that now more than 60 percent of the patients who do not smoke, and half of them are women.