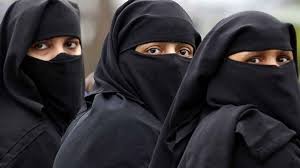 High Court stated that triple talaq practise sanctioned under Muslim law that governs marriage, property and divorce has violated the rights of Muslims.

In a statement Allahabad High Court stated that no personal law is above the constitution.

Earlier, All India Muslim Law Board strongly opposed the government’s decision against triple talaq and imposition of uniform civil court saying that Shariya laws cannot be modified by any person or authority.

Prime Minister Narendra Modi also said that there must not be any discrimination on women on the basis of religion.

PM stated that those who want to digress from triple talaq are instigating people in the country and the lives of Muslim women cannot be ruined by the people.

» Triple Talaq issue a violation of fundamental rights of woman