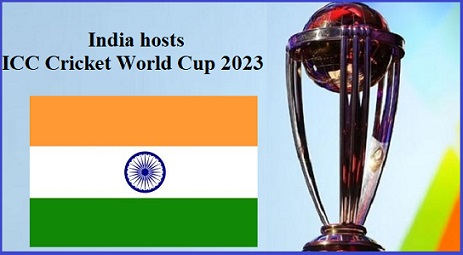 India will be hosting the ICC Cricket World Cup 2023. This would be the first time that India is hosting the cricket tournament solely at its place.

India had co-hosted the World Cup with its neighboring nations in all the three previous editions.

India will host the 13th edition of the men's Cricket World Cup was decided at an International Cricket Council meeting held in London.

The top 7-ranked teams will automatically qualify for the World Cup along with hosts India, while the remaining two teams will make their place in the tournament by qualifying through the world cup qualifier round.

The 2011 World Cup final was held at the Wankhede Stadium in Mumbai, where India lifted the World Cup trophy 28 years after the first triumph and it became the first host nation to win the tournament.