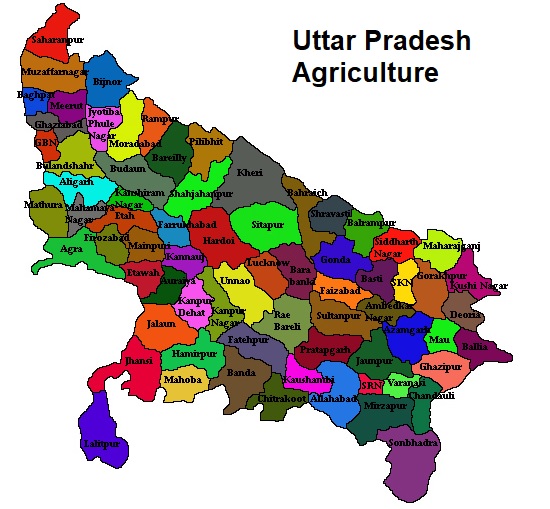 Agriculture: Agriculture Development in Uttar Pradesh, Production and Investment in crop and Economy

In Uttar Pradesh's economy, agriculture is called spinal cord. Uttar Pradesh has the first place in the country's food grain production. In this state, three types of crops (Rabi, Kharif, and Zayed) are produced throughout the year.

1. 59% of the total employment in the state comes from agriculture. The fiscal year 2016 Per capita income in the state at current value was Rs. 54,658.

2. In the financial year 2016, the contribution of primary, secondary and tertiary sector in Uttar Pradesh's economy was 24%, 27%, and 49%, respectively.

4. The average size of agricultural land in the state is 0.76 hectares which is less than the national average of 1.15 hectares.

7. Uttar Pradesh; India is the largest producer of cereals, and in the year 2016-17, there was about 17.83% of the country's total grain production.

8. Uttar Pradesh is the first in the state in the production of the following foodgrains; Wheat, Barley, Sugarcane, Potato, and Lentils.