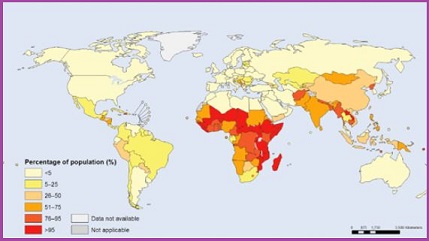 According to the World Air Quality Report 2018 released by IQAir AirVisual and Greenpeace on 6th March 2019, seven of the top 10 most polluted cities in the world are in India.

Of the 10 cities with the highest pollution, seven are in India, while one is in China and two are in Pakistan.

Among the Indian cities are Gurgaon, Ghaziabad, Faridabad, Bhiwadi, Noida, Patna and Lucknow. The other three are Hotan in China and Lahore and Faisalabad in Pakistan.

India’s Gurugram led the list of most polluted cities in the world in 2018, followed by Ghaziabad, Faridabad, Noida, and Bhiwadi in the top six worst-affected cities.

China made a remarkable improvement since 2013 as the country's pollution levels have gone down by 40 percent.

In South Asia, out of 20 most polluted cities in the world, 18 are in India, Pakistan, and Bangladesh.

In Southeast Asia, Jakarta and Hanoi are the most polluted cities.

World Air Quality Report 2018 main aim was to measure the presence of fine particulate matter known as Particulate Matter (PM) 2.5, which has been recorded in real-time in 2018.

» Study: India is 4th highest emitter of carbon dioxide in the world