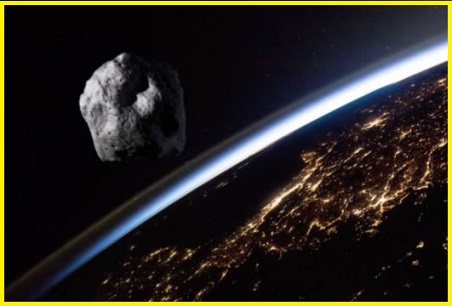 National Aeronautics and Space Administration (NASA) has proclaimed that gigantic asteroid 99942 Apophis will fly towards the Earth in ten years (2029).

NASA's scientist suggested that there is no need to worry since the asteroid will be about 31,000km away from the surface of the Earth.

Since it is relatively rare for such a large object like 99942 Apophis to pass so close to Earth, it will offer scientists around the world a great opportunity to conduct a close-up study of the Apophis’ shape, composition and possibly even its interior.

NASA has stated that about 2 billion people should be able to see it pass by with their naked eyes as it flies above Earth from the east coast to the west coast of Australia, then across the Indian Ocean and the equator, before moving west above Africa and finally over the Atlantic Ocean.

Asteroid 99942 Apophis was discovered by US astronomers in 2004 and was named after the Egyptian god of chaos and destruction. It is a 370-meter diameter near-Earth asteroid.

Scientists predict that Apophis still has a small chance of impacting Earth, less than 1 in 100,000 many decades from now.

JAXA rovers 1A and 1B sent first ever Images from other worl...

NASA to send spacecraft 16 Psyche to asteroid which will des...