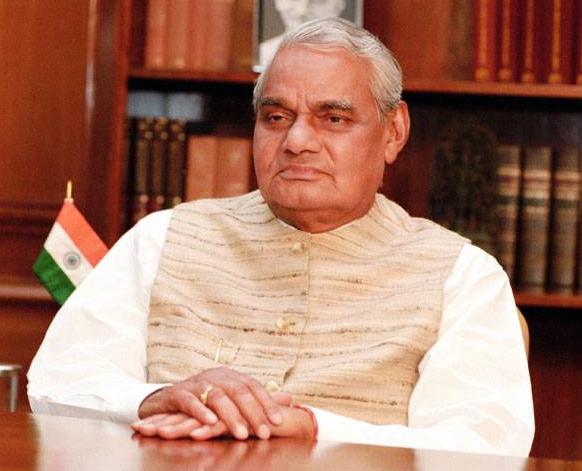 Atal Bihari Vajpayee an honored former politician, who served as the 10th Prime Minister of India, was born on 25th December 1924 in Gwalior, Madhya Pradesh to a middle-class Brahmin family.

Atal Bihari Vajpayee was a member of the Indian Parliament for almost five decades. As per now, he is the only parliamentarian who had been elected from different states: Uttar Pradesh, Madhya Pradesh, Gujarat and Delhi at different times.

Atal Bihari Vajpayee, a leader of the Bharatiya Janata Party (BJP) became Prime Minister of India for three non-consecutive terms: first for 13 days in 16th May 1996, In 1998-1999 as PM & Minister of External Affairs and then from 13th October 1999 to 2004 as full-term Prime Minister.

AB Vajpayee in 1992 was honored with Padma Vibhushan, the Indian 2nd highest civilian award for his distinguished contribution in public affairs; in 1994 he was awarded the Best Parliamentarian Award. In March 2015, he received India’s highest civilian honor, the Bharat Ratna, at his home.

AB Vajpayee is also recognized for his poetic skills, he wrote many noticeable poems in the Hindi language.