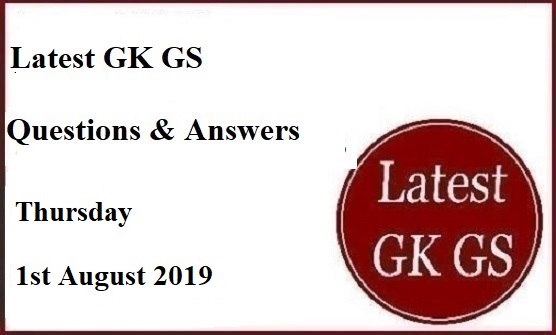 1. Who was appointed as the new speaker of Karnataka Assembly?

3. Which nation has offered to mediate between Bangladesh and Myanmar for early repatriation of Rohingyas?

4.  The Shawala Teja Singh temple is now open for Hindus after 72 Years. Where is the temple located?

5.  When is the World Day Against Trafficking in Person Celebrations held every year?

7. Who among the following has been named as the interim board chairman of Coffee Day Enterprises?

8. Who was appointed as the COO of Coffee Day Enterprises?

9. Which nation has announced one-month free visa on arrival to foreign nationals from nearly 50 nations?

10. Which Indian cricketer was handed an eight-month banned after failing the dope test?

11.  Parliament passes which bill in favor of Indian Muslims women?