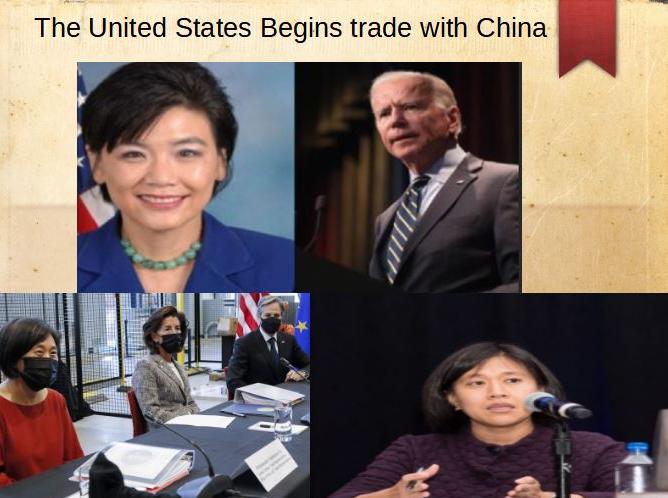 The United States will begin trade negotiations with China, Details

The United States Trade Representative (USTR) Katherine Tai said on Monday that the US will restart trade talks with China while pressing Beijing to comply with the requirements of the Trump administration's "Phase I" trade agreement.

Ms. Tai told the Center for Strategic and International Studies (CSIS), a Washington, DC-based think tank, that the US would evaluate China's "performance" under the Trump-era trade accord in talks with Beijing.

Ms. Tai added, "First, we will discuss China's performance under the Phase I agreement," referring to a contract that took effect in early 2020. In exchange for the US freezing or cutting tariffs imposed earlier in what had been an escalating trade war-like situation between the two countries, China agreed to purchase goods from certain U.S. sectors (agricultural, manufacturing, energy, etc.) and address U.S. issues with its practices around intellectual property.

Mr. Biden has been a vocal critic of Trump's trade policies with China. While Mr. Biden was critical of the Phase I arrangement, senior administration officials told reporters on a Sunday afternoon briefing call that it had aided some U.S. sectors and would be sustained where it worked.

Real-world evidence suggests that certain enterprises covered by the phase one trade agreement have performed better. So, for American industries like agriculture that gained from phase one, President Biden will keep doing what he's doing, according to one official.

According to Chad Bown of the Peterson Institute for International Economics, China fell 40 percent short of its planned acquisitions in 2020 and will go 30 percent short in 2021.