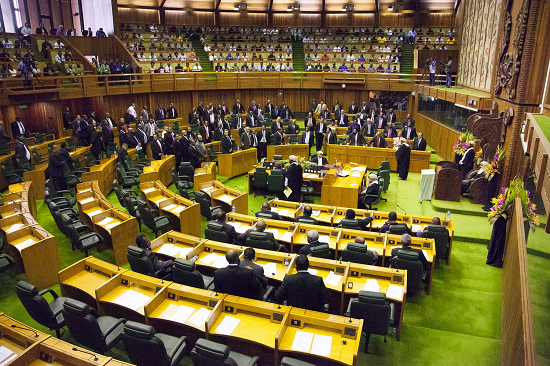 Constitution: Rajya Sabha power, function, member, and The President convenes the sessions of the Rajya Sabha

The Council of States is the Upper House of the Union Parliament. It gives representation to the States of the Indian. the states do not enjoy an equal representation in the Rajya Sabha. These have been given representations on the basis of the size of their populations.

The Rajya Sabha can have a maximum strength of 250 members; out of these 238 are to be the representatives of the States and remaining 12 members are to be nominated by the President from amongst persons who have achieved distinctions in the fields of art, literature, science or social services.

The members of the Rajya Sabha enjoy several privileges. They enjoy the unrestricted freedom to express their views in the House. Ho action can be taken against them for anything said by them in the House.

The Vice-President of India is the ex-officio Chairman of the Rajya Sabha. He is not a member of the House. However, he presides over its meetings and conducts its proceedings.

Uniform Civil Code (UCC) Article 44 of the Constitution of I...

The Prime Minister and council of ministers relations, order, roles

The Prime Minister, his  importance and his relation wi...

» Rights: Meaning and theories, different, and concept of Human Rights