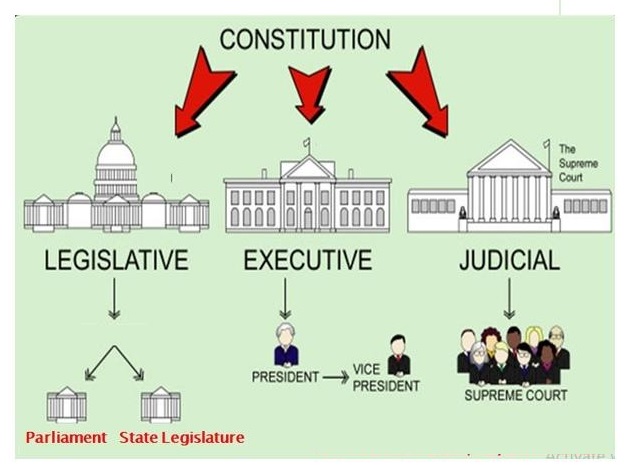 In our country real authorities gave to the prime minister. He is an important person in our country because he is elected by the people of India. Our country is a democratic country and due to this reason real power operates by PM and their cabinet MPs.

Following are some authorities of the prime minister:-

President election is occurring in parliament by elected by our MP, MLA, nominated person of Legislative Assembly, people of union treaties. President is elected by a special majority. president working period in the the the country is a maximum of 5 years.

This subordinates court divided into three-parts -

Civil court:-
When the matter between two people with their family or neighbors, then we go to civil court for justice.

Criminal court:-
When the matter between two people with their family or neighbors reaches to kill or fight among them, then they go to criminal court for justice.

Revenue court:-
If the matter between people and government then at that condition they should go to revenue court for the judgment.