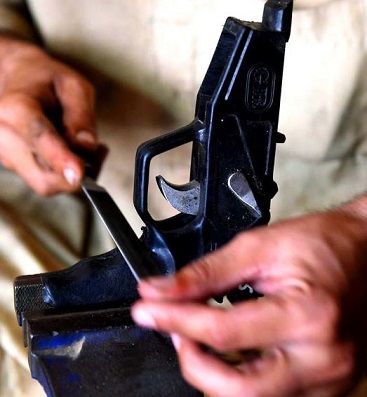 The National Database of Arms Licenses system will include names of all arms license holders, new or old and they will be issued a unique identification number (UIN).

The initiative is aimed at keeping a tab on authorised private gun holders, many of whom are often found involved in crimes and celebratory firing leading to loss of lives. It will also eliminate possibilities of issuing arms license to persons whose antecedents are not genuine.

The decision was taken by exercising powers under Section 44 of Arms Act, 1959 (54 of 1959) by amending the Arms Rules, 2016. These rules will be called the Arms (Second Amendment) Rules, 2018. Under Section 3 of Arms Act, it is essential to obtain arms possession license issued by a competent licensing authority, by any person for acquisition, possession or carrying any firearms or ammunition.

Under the new rules, every licensing and renewing authority will enter data in National Database of Arms Licences system from April 1, 2019, which will generate UIN. Any arms license without UIN will be considered invalid. Besides, any existing licensee holding multiple licenses will make application for grant of single license in respect of all firearms held by him under his UIN to the concerned licensing authority.

If in case of the license for the restricted category of arms or ammunition, licensing authority concerned will issue a new license under the existing UIN of the licensee. Separate license books will be generated in case of each license, separately for restricted and permissible categories of arms and ammunition with an overall ceiling of three firearms under single UIN