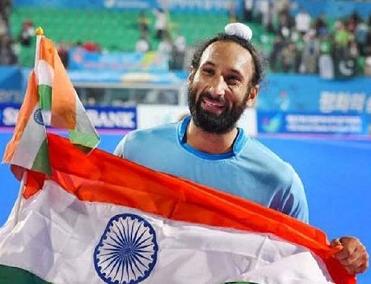 Sardar Singh made the decision after a disappointing Asian Games-2018 where India failed to defend its title and returned with a bronze medal.

Sardar Singh while announcing his retirement said "Yes, I have decided to retire from international hockey. I have played enough hockey in my career. 12 years is a long time. Now it’s time for the future generation to take over,”.

Sardar Singh was also the youngest player to captain the Indian team when he led the side at the 2008 Sultan Azlan Shah Cup.

Sardar Singh received the Arjuna award in 2012 and Padma Shri in 2015, Rajiv Gandhi Khel Ratna award for Hockey (2017) from the Government of India.

Indian Hockey Team makes record 26 goals in a match in ...