Paris Agreement results India at 20th position in the World 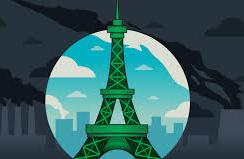 According to latest Climate Change Performance Index 2017, India has been ranked at 20th position after the enforcement of Paris Agreement

Other developing countries like Morocco and South Africa are making great efforts in the field of renewable and great efficiency.

Positive Trends are seen at other countries like Argentina and Brazil which have improved ranking.

According to National experts, India is one of the largest renewable capacity expansion programmes in the World.

Canada, Japan and Australia are at the bottom which have poor climate policy in the index.

United Nations announces the date for imposition of Paris Ag...