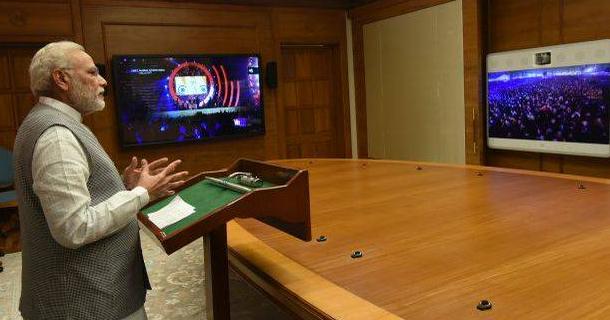 Speaking on the occasion, Modi stated that youth brings energy and idealism and spoke on biggest challenges of the country.

PM stated that he is convinced that he can and he will built a swachh bharat free of all filth within one generation.

Narendra Modi expressed that Poverty is the biggest challenge for any developing country and corruption, malnutrition, unemployment affects the poor people of the country.

Prime Minister also spoke about the initiatives taken by the Government for the welfare of the people.

» ITBP celebrates its establishment day as its 55th Raising Day