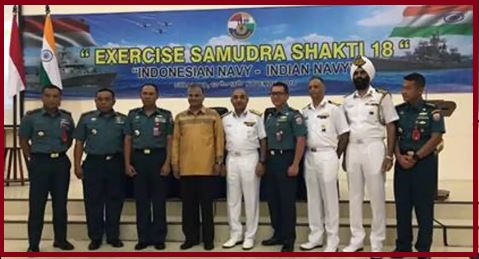 The maiden Indo-Indonesia Bilateral Naval Exercise ‘Samudra Shakti 2018’ kicked off at the port of Surabaya, Indonesia. It was scheduled to be held from 12th November to 18th November 2018.

The Indian Naval Ship (INS) Rana of the Eastern Fleet based at Visakhapatnam under the Eastern Naval Command, which is deployed in South East Asia arrived at the port of Surabaya to participate in the exercise.

It was proposed during when the visit of Prime Minister Narendra Modi to Indonesia in May 2018, both the nations agreed to step up their defence and maritime cooperation, raising the level of their ties to a comprehensive strategic partnership.

Organized patrol between India and Indonesia and Indian Navy...

Union Cabinet approves MoU between India and Indonesia on He...