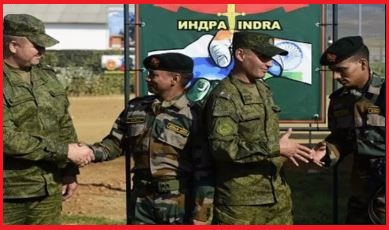 Exercise INDRA 2018 was the tenth edition of exercise in the series of Exercise INDRA aimed at increasing interoperability between Indian and Russian Armies.

Exercise INDRA 2018 was an 11-day military training exercise that was scheduled to begin from 18th November 2018.

INDRA 2018 joint military exercise aimed at practicing joint planning and conduct to enhance interoperability of between two armies in peace-keeping/ enforcement environment under the aegis of United Nations.

The primary focus of tactical field exercise was to share best practices amongst militaries and hone existing skills of troops.