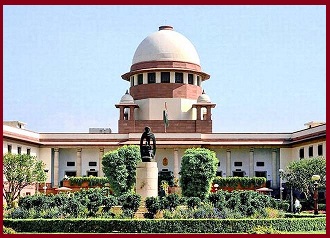 The Supreme Court on 4th December 2018, has directed setting up of special courts in each district of Bihar and Kerala for the trial of pending criminal cases against MPs and MLAs.

The Supreme Court bench, headed by Chief Justice Ranjan Gogoi, passed the direction and sought compliance reports from the Patna and Kerala High Courts by the 14th of December 2018.

The Supreme Court directed the High Courts to send back cases from special courts, which were already constituted, to jurisdictional district courts.

The Supreme Court also said the special courts would take up life term cases on priority while hearing pending matters against MPs and MLAs. Such cases will be heard on a day to day basis and cases involving life imprisonment as punishment will be heard on the priority basis.

The Supreme Court was hearing a PIL filed by lawyer and BJP leader Ashwini Upadhyay. He sought a lifetime ban on politicians convicted in criminal cases, besides the setting up of special courts to expeditiously try cases involving elected representatives.

» Only 9 Percentage Of High Court Judges Are Women In India