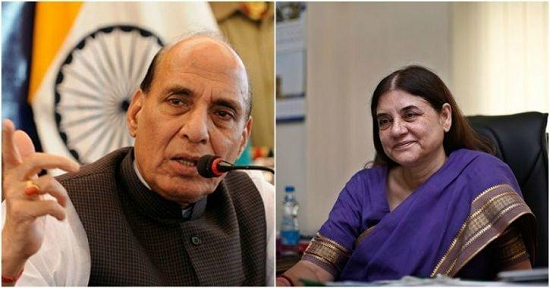 After being accused by many women in the I-II campaign, the government has constituted a ministerial group under the chairmanship of Home Minister Rajnath Singh to strengthen the legal and institutional framework for dealing with sexually exploited at workplaces.

According to information released by the Home Ministry, other members of the ministerial group include Union Road Transport Minister Nitin Gadkari, Defense Minister Nirmala Sitharaman and Women and Child Development Minister Maneka Gandhi. Home Minister Rajnath Singh will be the chairman of this minister's group.

The Ministerial Group will review the existing provisions related to the safety of women and make recommendations within three months to make them more robust and effective.

The ministerial group will recommend taking necessary steps for effective implementation of existing laws to address issues related to sexual harassment at workplaces.

Right now Women's Sexual Harassment (Protection, Prohibition and Prevention) Act is the main law to address women's grievances. It will be reviewed and the necessary steps will be taken.

The Ministry of Women and Child Development has created an electronic complaint box (SHE box) in which women can register their complaints about sexual abuse at the workplace.

This complaint is immediately sent to the concerned department so that necessary action can be taken. Regular monitoring of the hearing on this complaint has also been arranged.