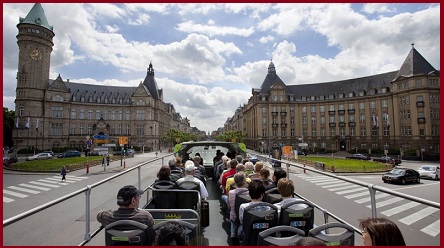 Small European Country, Luxembourg is all set to become the world's first country to make all its public transport free. This eco-friendly initiative is aimed at reducing traffic congestion,

Luxembourg government has set all fares on trains, trams and buses absolutely free from next summer 2019 under the plans of the re-elected coalition government led by Xavier Bettel, who was sworn in for a second term as prime minister on Wednesday.

As per the report, Luxembourg City is home to 110,000, but an estimated 400,000 people commute into the capital every day for work, The cutting of the €2 public transportation fees also eliminates the two hour-travel limit.

On top of the transport pledge, the new government is also considering legalizing cannabis and introducing two new public holidays.

Luxembourg City, the capital of the small Grand Duchy, suffers from some of the worst traffic congestion in the world, this was the main reason why Luxembourg took such a step.