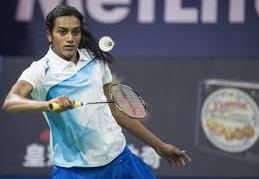 Saina Nehwal to play the match in place of PV Sindhu in the Macau open Grand Prix Gold Badminton tournament.

PV Sindhu withdrawn her name as she has to prepare for the Dubai open tournament.

Saina Nehwal will play at the series after her sudden knee injury which affected the Hong Kong Super Series match.

Saina made her comeback in China open but loses in the opening round.