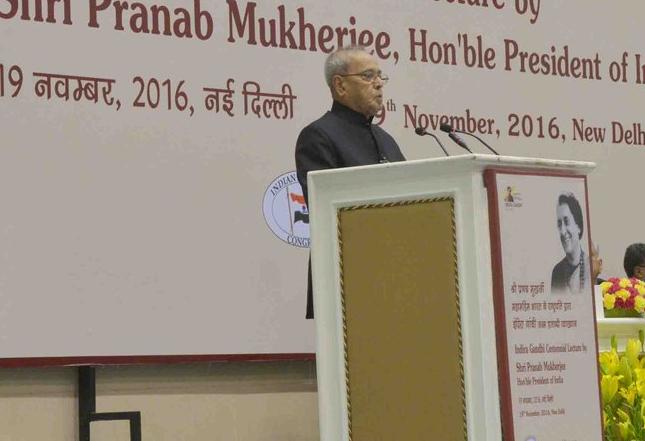 Shri Pranab Mukherjee stated that the best way to pay tribute to Indira Gandhi is to dedicate ourselves completely for the welfare of the people.

The President stated that Indira Gandhi was elected as a Prime Minister not due to Nehru’s legacy or family name, she was provided the post due to her determination to focus on problems of the people.

The President stated that courage, boldness and fearlessness in action in decision making is the unique feature of Indira Gandhi

President Pranab Mukherjee stated that the lessons that must be learn from her is that every defeat can be turned up as the stepping stone of success.