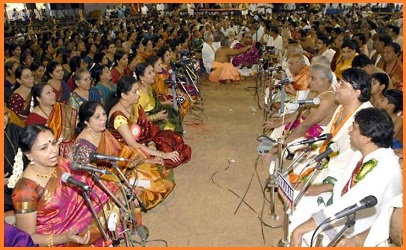 Tamil Nadu has announced to institute India’s first ever music museum with assistance from the Central government in Thiruvaiyaru.

Thiruvaiyaru is the birthplace of Saint Tyagaraja, one of the Trinities of Carnatic music. The other two of the Trinity are Muthuswami Dikshitar and Syama Sastri.

The Tyagaraja Aaradhana Music Festival which is held annually in January in Thiruvaiyaru attracts musical talents from all over the world.

Saint Tyagaraja was a renowned composer of Carnatic music. He has composed thousands of devotional compositions, mostly in Telugu in the praise of Lord Rama, many of which remain popular today.