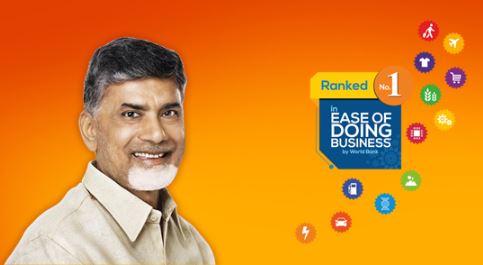 The Asia competitiveness institute (ACI) has released the Ease of Doing Business Rankings for Indian states.

Andhra Pradesh has topped the Ease of Doing Business rankings. Maharashtra and Delhi came in second and third place respectively.

Andhra Pradesh has improved from the 7th rank in 2016 to the 3rd rank in 2018 in Attractiveness to Investors and the rankings have been increased from 6th to the 1st position in Business Friendliness.

The ACI has highlighted the following areas for improvement for Andhra Pradesh in its report:

The report states that Andhra Pradesh needs to bridge numerous institutional and infrastructural gaps in order to sustain its position in the future.

There was sufficient room for improvement in subenvironments such as facilitating business operations, infrastructure resilience and market

The weakest indicators for the state of Andhra Pradesh were Worker density, foreign direct investment per capita, labor productivity, and the illiteracy rate.

Taking note of the key findings of the report the Chief Minister of Andhra Pradesh has announced that the state government will consider the observations of the ACI EDB rankings report and strengthen the areas of weaknesses.