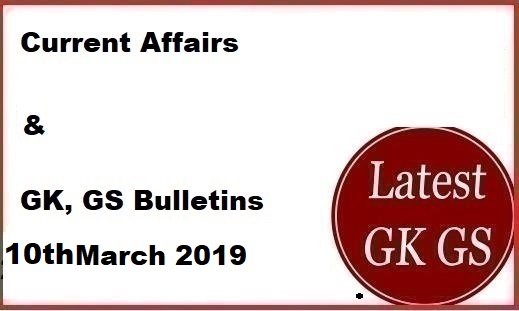 1. Election Commission: Lok Sabha Elections To Be Held In 7 Phases, counting starts on 23 May 2019

6. A loan agreement of $137 Million signed between Government of India, the World Bank and the representatives of Five States for the Dam Rehabilitation and Improvement Project (DRIP)

8. India claims the First Prize at The International ‘Golden City Gate Tourism Awards 2019’ in the category of ‘TV Cinema Spot’ at ITB, Berlin

10. Government succeeds in achieving the target of 87 percent of 8 crores free LPG connections

14. Manpreet Vohra appointed as the next India’s Ambassador to Mexico