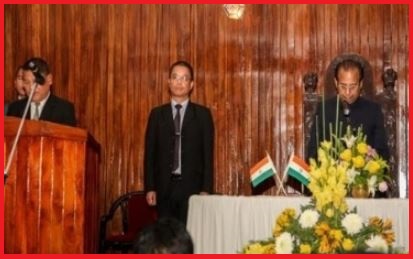 Ex IAS officer C Lalsawta was on 11th March 2019 sworn-in as the first Chairman of the newly-constituted Lokayukta in Mizoram.

The Mizoram Lokayukta Act was legislated by the state assembly in 2014 but its establishment was delayed.

C Lalsawtas (63-years-old) was a 1981 batch Bihar cadre IAS officer and holds the government service for more than 40 years. Earlier, he also served as a member of the Indian Audit & Accounts Services for nearly two years.

C Lalsawtas reached the IAS Apex Scale as chief of vigilance organization in the rank of chief secretary/ secretary to the Central government.

C Lalsawtas was made the vigilance commissioner of the Bihar state. He retired in 2015.

C Lalsawtas in his long career as IAS officer was given such assignments that required him to exercise statutory powers independently and pass orders in quasi-judicial proceedings.

C Lalsawtas presided over Appellate Courts and Revision Courts in Revenue and Criminal cases and also had to decide disciplinary cases in Departmental Proceedings.

C Lalsawtas also functioned as Chairman of various statutory bodies and as Vice-Chancellor of two Universities.

C Lalsawtas was also recently appointed as the administrative member of the Real Estate Appellate Tribunal by the state government of Bihar.