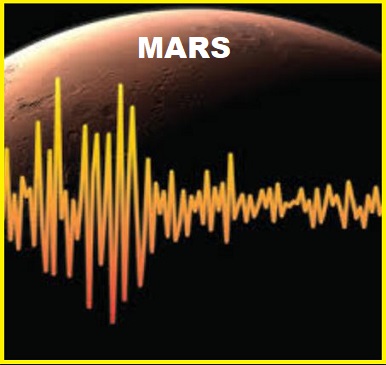 NASA’s Mars Lander InSight has recorded its first ‘Marsquake.’ It has recorded a quake of 2 or 2.5 magnitude which is hard to predict on Earth’s surface. The faint seismic signal, detected by the lander's Seismic Experiment for Interior Structure (SEIS) instrument, was recorded on April 6, the lander's 128th Martian day.

This is the first recorded trembling that appears to have come from inside the planet, as opposed to being caused by forces above the surface, such as wind. Scientists still are examining the data to determine the exact cause of the signal.

NASA Scientists believe the trembling may not be due to wind or movement of the lander’s robotic arm but from below the Martian surface. If scientists confirm it would become the first seismic activity ever detected on Mars.

NASA’s Insight Lander equipped with five seismometers that measured thousands of quakes while operating on the Moon between 1969 and 1977.

NASA’s Insight is the first outer space robotic explorer to study in-depth the “inner space” of Mars: its crust, mantle, and core.

On Mars, the scattered surface is visible due to rock, water...

» Two Stars in Constellation Cygnus may collide to light sky in2022