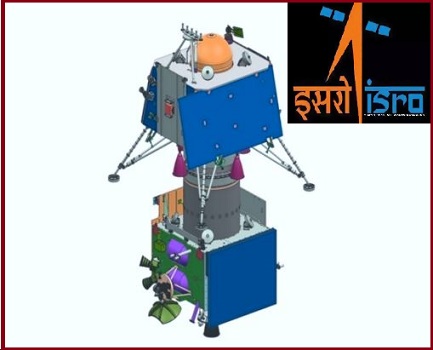 The Indian Space Research Organisation (ISRO) announced that India’s second lunar mission Chandrayaan-2 is scheduled to be launched between July 9 and 16 2019.

Chandrayaan-2’s lander will touch down near Moon’s south pole on 6th September 2019.

Chandrayan-2 mission would land on the southern pole of the moon, which is still unexplored by any of the countries. Therefore landing of spacecraft near lunar’s south pole would be historically significant as it would give ISRO opportunity to name that site on the moon.

Unlike Chandrayan-1 (India’s first lunar mission) launched using PSLV rocket and which involved only orbiting the moon, Chandryaan 2 would attempt a soft landing close to the lunar south pole.