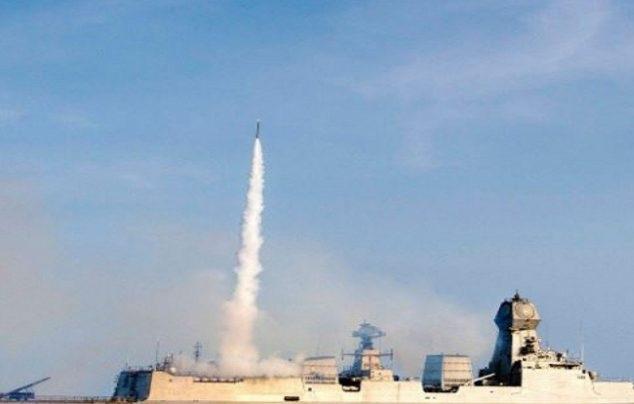 The Indian Navy's test of Medium Range Surface to Air Missile (MRSAM) has achieved a significant milestone in enhancing its Anti-Air Warfare Capability.

The MRSAM missiles are fitted onboard Kolkata Class Destroyers (comprised of INS Kolkata, INS Kochi and INS Chennai) and in future would be fitted on all major warships of the Indian Navy.

With this, the Indian Navy has now become a part of a select group of Navies that have this niche capability. This capability further enhances the combat effectiveness of Indian Navy thus providing an operational edge over potential adversaries.

MRSAM is Medium Range Surface to Air Missile which i.e. it is capable of engaging multiple aerial targets at a range of more than 50 km.

MRSAM missile is designed to provide Indian defense force with air defensive capability against a variety of aerial threats at medium ranges.