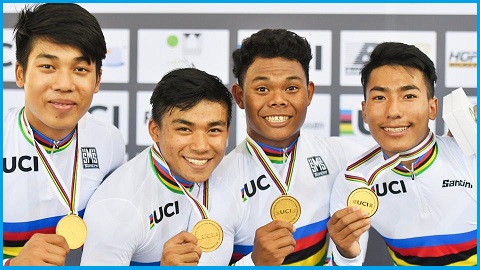 This is India’s historic 1st gold win at a world cycling event, senior or junior.

At present, the Indian men’s junior team is ranked No. 2, behind Malaysia

At present, Esow Alben, the cycling star from Andaman and Nicobar Islands is top-ranked junior cyclist in the world in sprint and keirin events. In 2018, he had become 1st Indian to win a medal at the Junior Track Cycling World Championships when he won silver in men’s Keirin event.