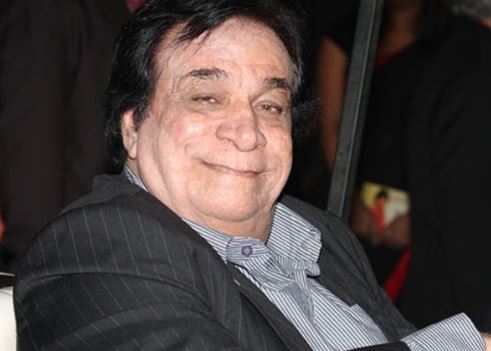 Kader Khan is a famous and veteran Indian film actor, comedian, script and dialogue writer as well as a Director.

Kader Khan was born on 22 October 1935 in Kabul, Afghanistan and is the son of Abdul Rehman and Iqbal Begum. His family migrated to Mumbai, India and lived in the slums.

Kader Khan took his education in municipal school and later graduated from Mumbai's Ismail Yusuf College, Jogeshwari. He became an engineer by training and a professor of civil engineering.

Kader Khan started his career as a teacher in an engineering college the theory of structure, hydraulics, the strength of a material, and RCC steel.

Kader Khan made entry to Bollywood as an actor with the film ‘Daag’ (1973). In his acting career of over 35 years, he acted in over 300 films in memorable roles.

Also, as a prolific writer. Kader Khan wrote the story or dialogues for more than 250 films in Hindi and Urdu, beginning with Randhir Kapoor - Jaya Bhaduri starrer ‘Jawani Diwani’ (1972).

Kader Khan last appeared in Bollywood film 'Hera Pheri 3' in the role of a doctor. The movie is expected to release in July 2019.