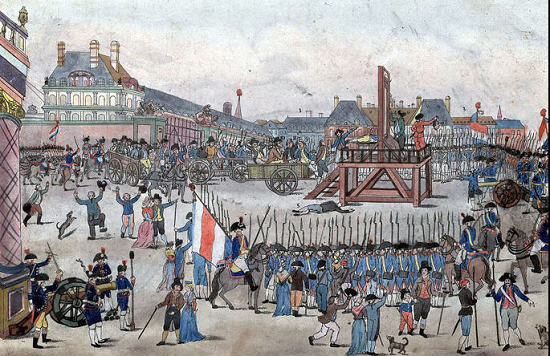 The French Revolution of 1789 was the milestone of the 18th-century world history.

Louis XVI became the king of France in 1774 A.D. believed in the theory of the Divine Rights of the King. Therefore, he regarded himself as the representative of God on the earth.

The representative institutions which France at one time possessed had either been destroyed or brought under king’s control. The administrative system was defective and disorganized.

Louis XVI was inefficient, timid, weak and lethargic by temperament. He was under the influence of his fun-loving queen Marie Antoinette who dominated the state affairs and administration.

The French society was divided into privileged and unprivileged classes or into three Estates. The people coming under the privileged class (Members of First and Second Estates) numbered about one percent of the total population.

About ninety percent of the land of the State was under their control. Fest of the people of Third Estate bore the whole burden of Taxes.

Some Important French Revolution in One Linear GK GS Bulleti...

Revolution: Origin of The French Revolution

Revolution: Origin of The French Revolution probably began i...

» France becomes a Republic And National Assembly voted in April 1792