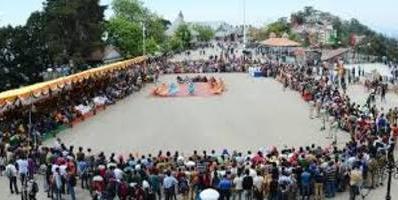 Himachal Pradesh celebrated its 71st foundation day with much fanfare and joy on 15th April 2018. Many cultural events were organized across all over the state.

Himachal Pradesh, the hill state was established after the merger of 30 odd princely states in 1948.

On the occasion of 71st foundation day of Himachal Pradesh, many cultural programs were held across the state.

CM Jairam Thakur also addressed thousands of people who came to witness the ceremony. People in their traditional colorful clothes enjoyed with great enthusiasm and joy.

CM Jairam Thakur proclaimed that after the formation of the state, Himachal Pradesh has achieved many milestones in the field of development only after the active participation and support of the people.

CM Jairam Thakur also added that after coming into power his government has fixed development goals for first 100 days out of which maximum targets have been achieved.

Prime Minister Narendra Modi in his tweet also congratulated the people of the state on the occasion.