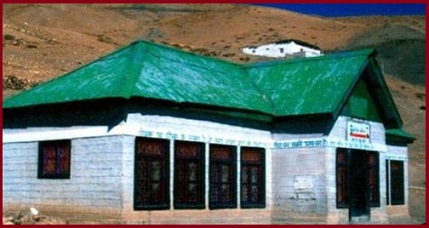 Himachal Pradesh's small village 'Tashigang' is now claimed as the highest polling station in the world to witness the Lok Sabha Election-2019.

Tashigang is located at an altitude of 15,256 feet.

Tashigang is situated at about 29 km from the India-China border and the polling station covers two villages— Tashigang and Gete.

Tashigang polling station has  48 voters, of which 30 are men and 18 women. It has all necessary facilities like power and water supply but lacks mobile connectivity and election officials will use a satellite phone during polls on 19th May 2019.

Initially, ECI officials had intended to set up the polling booth at Gete village but shifted it to Tashigang as the government school building there was not found safe. Earlier the tiny settlement of Hikkim in Himachal Pradesh positioned at an altitude of about 14,400 ft, was the highest polling station in the country.