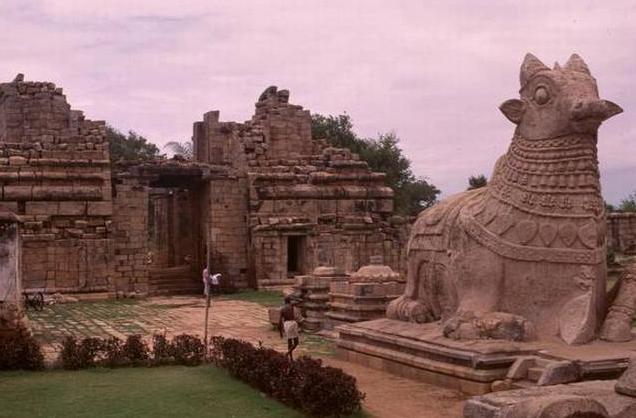 The period between the 1st century B.C. to the end of 2nd century A.D. in Southern India is known as the Sangam Period. It has been named after the Sangam academies during that period.

According to the Tamil legends, there were three Sangams (Academy of Tamil poets) held in ancient South India popularly called Muchchangam. These Sangams flourished under the royal patronage of the Pandya kings of Madurai.

The area lying to the south of river Krishna and Tungabhadra is called South India. During the Sangam Age, it was ruled by three dynasties-the Cheras, Cholas and Pandyas. The main source of information about these kingdoms is traced from the literary references of the Sangam Period.

Agriculture was the chief occupation where rice was the most common crop. The handicraft included weaving, metal works and carpentry, shipbuilding and the making of ornaments using beads, stones and ivory. These were in great demand of all the above products in the internal and external trade as this was at its peak during the Sangam period.

During the Sangam period, the hereditary monarchy was the form of government. Each of the dynasties of Sangam age had a royal emblem – tiger for the Cholas, carp for the Pandyas, and bow for the Cheras. The Cheras had their rule over major parts of modern Kerala/ Malabar areas. The Chola kingdom in the Sangam period extended from Northern Tamil Nadu to southern Andhra Pradesh. The Pandyas ruled over the present day southern Tamil Nadu.