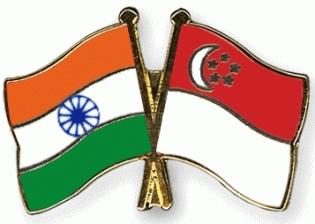 India and Singapore have signed the Second Protocol amending the Comprehensive Economic Cooperation Agreement (CECA) to strength bilateral trade between both the two countries.

The Protocol was signed in New Delhi by representatives from Union Ministry of Commerce and Industry and Singapore's Ministry of Trade and Industry. Its provisions will come into effect on 14th September 2018.

India & Singapore agreed to expand the coverage of tariff concessions, liberalise the Rules of Origin, rationalise Product Specific Rules and include provisions on Certificate of Origin and Cooperation on its verification. These measures will further facilitate trade between India and Singapore and also improve utilization of CECA.

CECA was the first comprehensive agreement covering trade in goods, services, and investments signed by India with any of its trading partners. It was signed in June 2005 and its first review was concluded in October 2007. The second review was started in May 2010.

India & Singapore launched next round of free trade agre...

Union Cabinet Approved MoU between India and Singapore on Co...