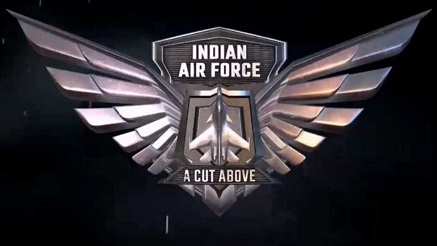 The game 'Indian Air Force: A Cut Above' was launched by Air Chief Marshal B. S. Dhanoa at National Bal Bhawan, New Delhi.

This game is second such video game launched by IAF, earlier it had Guardians of the Skies’ in 2014 and has got over a million downloads. It is similar to older Guardians of Skies game including controls and graphics but has new storyline along with some gameplay changes.

Features of Game: Indian Air Force: A Cut Above

It is aimed at making youth aware of IAF and encourages them to join the armed forces. It will also provide gamers virtual experience of airborne combats.

It is available on both Android and iOS platforms (phones) and will engage the audience above the age of 14.

It has been developed by Delhi-based Threye Interactive, which earlier also had made a similar game “Guardians of Skies” for IAF in 2014.

It is themed on various aerial combats and missions, including airstrikes, undertaken by IAF. It has a total of 10 missions, and each mission has further three sub-missions.

It also has career navigator and augmented reality (AR) sections which will give a realistic feel of the IAF’s assets to the user.

It also features character sporting gunslinger mustache similar to that of Wing Commander Abhinandan Varthaman`s, who was captured and later released by Pakistan after his aircraft was shot down in aerial dogfight which broke out in aftermath of February 2019 Balakot airstrikes.

Abhinandan Varthaman holds the unique distinction of being the only pilot in the world to have shot down an F-16 combat aircraft from his vintage MiG-21 Bison aircraft on 27th February 2019, during the aerial conflict with Pakistan.

Abhin was held captive by Pakistani authorities on 27th February 2019, after his MiG 21 Bison went down during beyond visual range combat with Pakistani jets. He was taken into custody by the Pakistan Army when his parachute drifted and fell inside PoK. Later he was handed over to India.