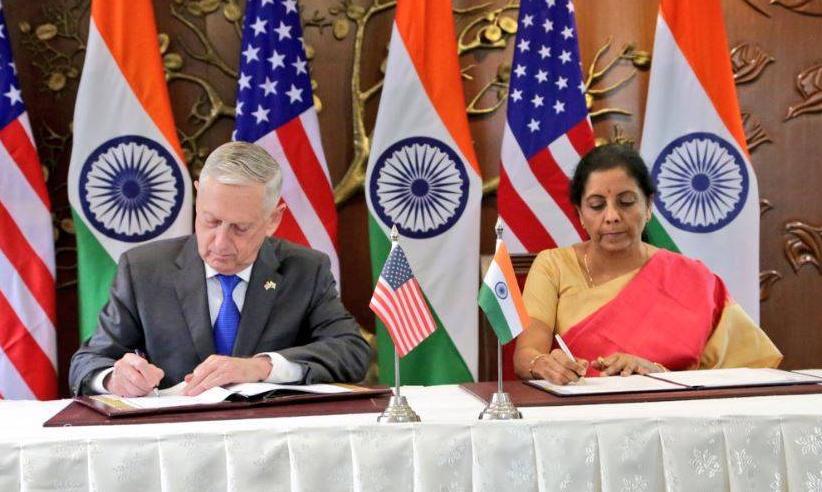 The signing of the communication and security agreement between India and the United States is a sign of growing faith between the two countries. Communication Compatibility and Security Agreement (COMCASA) were signed between India and the US after 2+2 Dialogue. External Affairs Minister Sushma Swaraj and Defense Minister Nirmala Sitharaman had met US Foreign Minister Matisse and Defense Minister Pompeii on behalf of India.

Both countries will work with all the cases from Exercise to Exchanges. Under the agreement, India will now be able to purchase Armed Drones like US-based spy equipment and C Guardian drones. This will increase the surveillance capability of the Indian Army and the effective monitoring of neighbors including China can be effectively monitored.