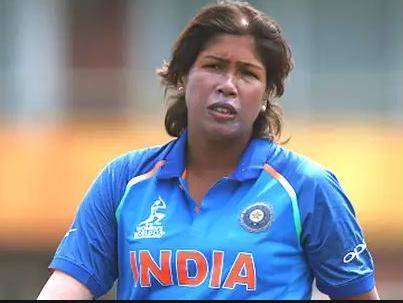 Jhulan Goswami represented India in 68 T20Is, picking up 56 wickets which included a five-wicket mark record against Australia in 2012.

Jhulan Goswami captained Indian women cricket team from 2008 till 2011, she took over the captaincy from Mithali Raj.

Jhulan Goswami, a veteran of 10 Tests and 169 ODIs, is currently the leading wicket-taker in the women’s ODI format and also the first woman cricketer to take 200 ODI wickets.

Jhulan Goswami's memorable Test performance came against England at Taunton in 2006, where she took five wickets in each innings to finish with match figures of 10 for 78 to help India to a famous series victory.

Jhulan Goswami in the year 2010, received the Arjuna Award and two years later, became only the second woman cricketer to be conferred the Padma Shri, after Diana Edulji.

Jhulan Goswami has won the International Cricket Council’s (ICC) Women’s Cricketer of the Year award in 2007, the first Indian player to win it.