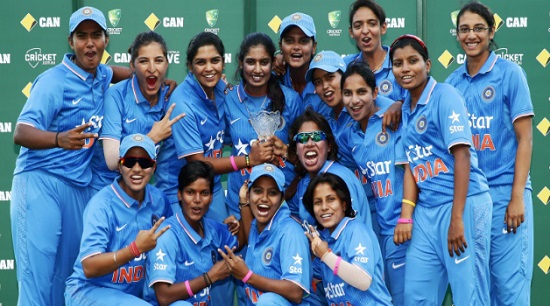 The very first Women's cricket match was held in 1745, between Bramley and Hambledon in Surrey, England. The match was viewed by large number of spectators.

Women's World Cup is two years older than Men's World Cup. The first world cup was held in England, and won by the hosts in a one-sided final against Australia.

Neetu David set a world record in 1995 with 8/53, the best bowling performance in an innings against England at Jamshedpur.

Indian team got its first Test Match victory against South Africa in 2002 on foreign land.

Captain Mithali Raj, scored a record-breaking 214 runs in a Test match against England in 2002.

Anjum Chopra she was the first Indian woman player to score a century in ODI.

The first double hundred in international was scored by a woman. Belinda Clark former cricket player from Australia (1991 to 2005) has set this record and is inducted into ICC's hall of fame.