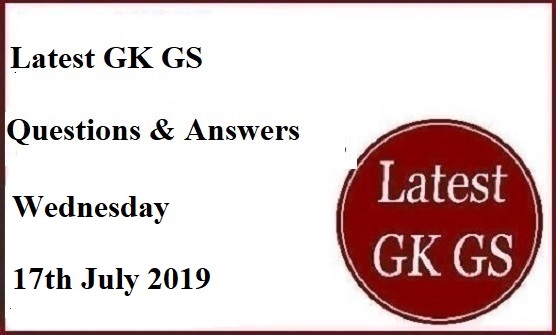 1. When was Partial Lunar Eclipse 2019 Observed On?

2.  Who was appointed as Governor of Andhra Pradesh?

3. Who was appointed as Governor of Chhatisgarh?

4. Who was appointed Governor of Gujarat?

5. World Youth Skills Day celebrated every year on which date?

6. Senior BJP leader Kalraj Mishra has been appointed the governor of which state?

7. For Kartarpur corridor, Pakistan has agreed to allow visa-free travel for how many pilgrims per day?

8. NASA is commemorating the 50th launch anniversary of which history mission in July?

9. Which country has opened its air-space for India after five months on 16th July 2019?

10. The first international flight from this Indian city took for Dubai on 15th July 2019?

11. Which state government has recently announced the addition of Maithili language as an alternative subject from the 8th to 12th standard?

12. When is World Youth Skills Day observed every year globally?