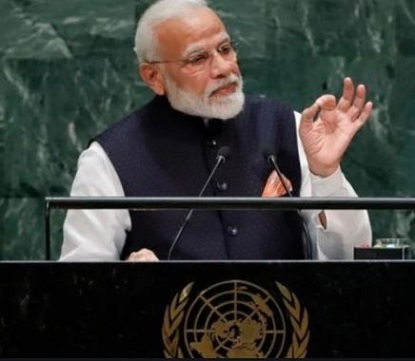 Prime Minister Narendra Modi gave a message from the Indian side, through Kanyan's poem line 'Yadhum Ore Yavarum Kellir' which means having a sense of belonging for everyone.

Kaniyan Pungundranar was an influential Tamil philosopher from the Sangam age about 3 thousand years ago. His name Kaniyan implies that he was an astronomer as it is a Tamil word referring to mathematics.

Kaniyan Pungundranar was born and brought up in Mahibalanpatti, a village in the state of Tamil Nadu, India.

Apart from this, PM Narendra Modi also recalled the quotes of Swami Vivekananda by giving the message of harmony and peace but no dissension which was once given by Swami Vivekanand at the World Parliament of Religion.