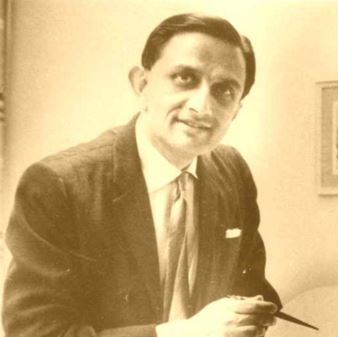 Vikram Sarabhai was born on 12 August 1919 in Ahemdabad, in a famous Sarabhai family of India who was major industrialists committed to the Indian independence movement. He died on Thiruvananthapuram, Kerala, India.

Vikram Sarabhai played a major role in the establishment of Indian Institute of Management Ahmedabad (IIMA) which was the outcome of his innovative initiative.

Vikram Sarabhai earned his doctorate at Cambridge. He founded the Physical Research Laboratory (PRL) in Ahmedabad on November 1947

Vikram Sarabhai was honored with the Padma Bhushan in 1966,