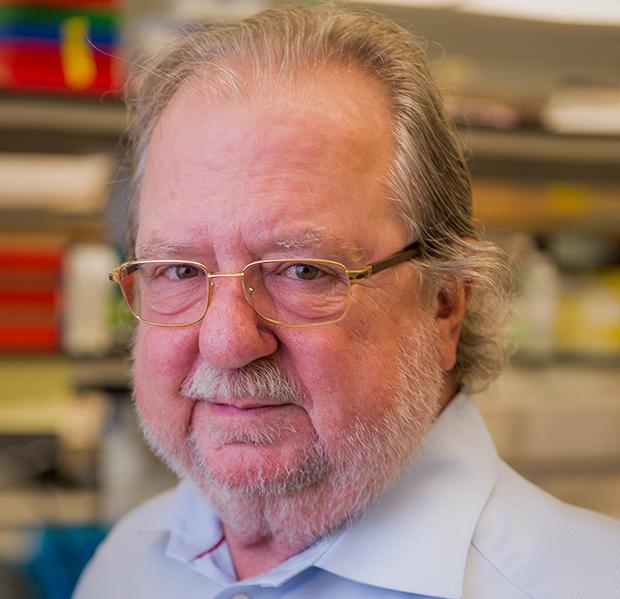 In 1982, while working at The University of Texas System Cancer Center, Dr. Allison made a crucial discovery that has become the foundation of his life’s effort.

He identified the T-cell antigen receptor, which allows T cells to recognize an unusual protein on the surface of another cell. Six years later, while a Professor in the Division of Immunology and Director of the Cancer Research Laboratory at the University of Berkeley in California, Dr. Allison demonstrated that the molecule CD28 is the “gas pedal” that T cells need for activation.

Dr. Allison was proposing the opposite—to block the “off” signal. In murine studies of an antibody he developed against CTLA-4, He found that 90% of the cancers in the treated mice disappeared. That discovery led to a standard time in immunotherapy research.

In 2013, Science magazine named cancer immunotherapy its Invention of the Year, arraigning Dr. Allison’s work as essential to immunotherapy’s rapid advancement, and The Economist honored him with its Innovations Award in Bioscience.

Dr. Allison received the Szent-Györgyi Prize, the Canada Gairdner International Award, the American Association for Cancer Research GHA Clowes Memorial Award,and he also awarded  the  Nobel Prize in Physiology or Medicine jointly to James P. Allison and Tasuku Honjo for their discovery of cancer therapy by inhibition of negative immune regulation the Nobel Assembly at Karolinska Institute on October 1, 2018.