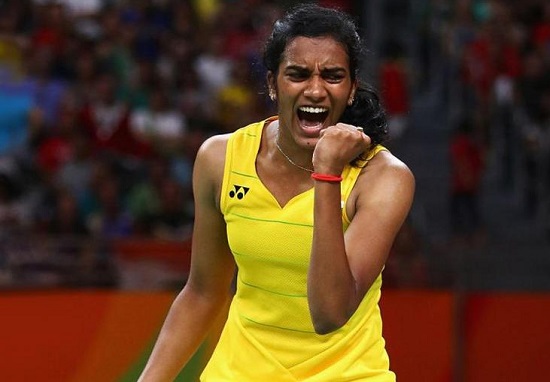 Pusarla Venkata Sindhu, known as PV Sindhu, is now the seventh highest-earning sportswoman in the world, according to a recent list released by Forbes.

The 23-year-old shuttler comes from a sporting background and her parents had played volleyball at the national level. However, Sindhu was inspired by Pullela Gopichand.

Sindhu has been signed by a number of top companies including Bridgestone, Gatorade, Nokia, Panasonic, Reckitt Benckiser, and a half-dozen other brands. She is also the brand ambassador for the Central Reserve Police Force and Vizag Steel.