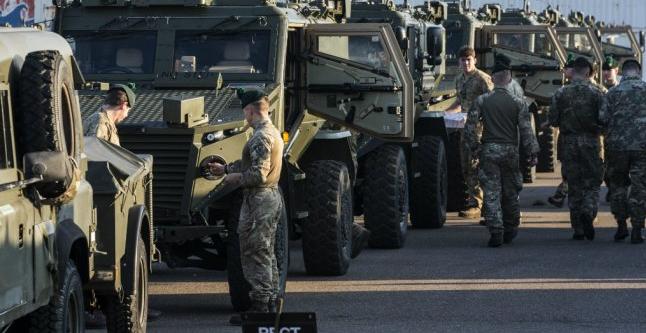 Russia plans to test missiles off Norway this week in an area where NATO is carrying out its biggest military exercises since the end of the Cold War, a move seen as an escalation of tensions in the Far North.

The maneuvers are aimed at training the Atlantic Alliance to defend a member state after an aggression.

Mobilizing some 50,000 troops, 65 ships, and 250 aircraft from 31 countries several hundred miles from Norway’s border with Russia in the Arctic, the exercises have angered Moscow, which had vowed to ‘retaliate’.

The Russian military is deploying four vessels in the North Atlantic for exercises of its own.

It is very clear that some people have termed ‘the new cold war’ has been transplanted to the North in a way very few people expected after the 2014 Ukraine Crisis. In September, it conducted its biggest ever exercises, Vostok-2018, with some 300,000 soldiers in eastern Siberia and the Russian Far East.