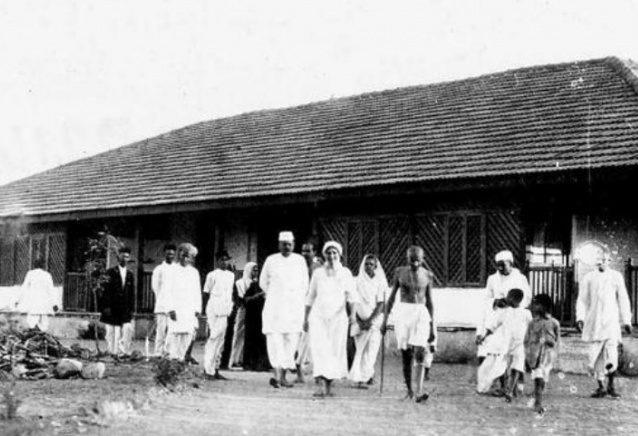 Mahatma Gandhi's first Ashram in India was established in the Kochrab area of Ahmedabad on 25 May 1915. The Ashram was then shifted on 17 June 1917 to a piece of open land on the banks of the river Sabarmati.

Mahatma Gandhi wanted to do some experiments in living eg farming, animal husbandry, cow breeding, Khadi and related construction activities. Mythologically, it was the ashram site of Dadhichi Rishi who had donated his bones for a righteous war; it is between a jail and a crematorium as he believed that a satyagrahi has to invariably go to either place.

The Sabarmati Ashram (also known as Harijan Ashram) was home to Mohandas Gandhi from 1917 until 1930 and served as one of the main centres of the Indian freedom struggle.

Originally called the Satyagraha Ashram, reflecting the movement toward passive resistance launched by the Mahatma, the Ashram became home to the ideology that set India free.

Sabarmati Ashram named for the river on which it sits was created with a dual mission. To serve as an institution that would carry on a search for truth and a platform to bring together a group of workers committed to non-violence who would help secure freedom for India.