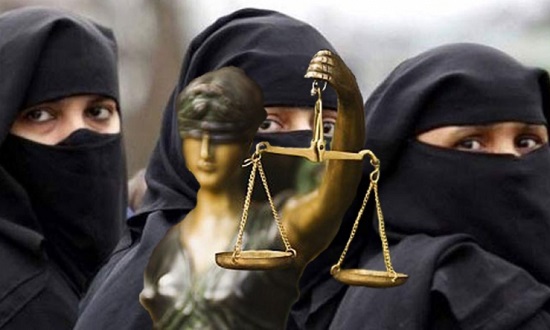 There is a divorce in Muslim societies, in which a Muslim person can divorce his wife by saying 'talaq' three times. It can be verbal or written, or in recent times, divorce is also being made from electronic media such as telephone, SMS, email or social media.

This means of divorce is legal according to Muslim personal law, yet many Muslim women protest against it.

Under the three divorces, a Muslim can divorce his wife by speaking or writing, and the wife does not even have to be there, even the man does not have to take any reason for divorce.

On August 22, 2017, the Supreme Court had termed three divorces as unlawful and unconstitutional at one time.

The Bench of five judges of the Supreme Court told the three divorces against the fundamental principle of the Koran in the verdict of 3: 2 vote.

The Supreme Court had said that the divorce of three Divorce divorces among Muslims is illegal, illegal and unconstitutional.