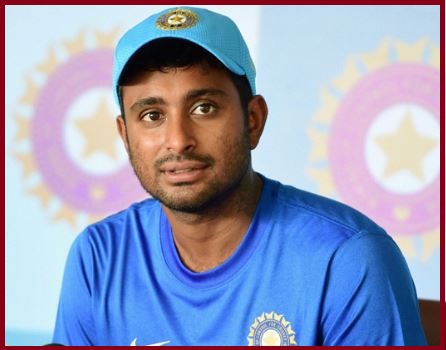 Indian cricketer and middle-order batsman Ambati Rayudu has decided to retire from all forms of cricket on 3rd July 2019.

Ambati Rayudu was ignored for the ongoing ICC World Cup 2019 twice over, by selectors first by Rishabh Pant being selected and then by Mayank Agarwal replacing injured Vijay Shankar.

Ambati Rayudu first made his first-class debut in the 2001-02 season for Hyderabad in a Ranji Trophy pre-quarterfinal match against Himachal Pradesh, Rayudu went on to play 55 ODIs and 6 T20Is for India

Ambati Rayudu on 17th April 2019, was put on standbys in India's squad for the 2019 Cricket World Cup but was ignored despite an injury to first opener Shikhar Dhawan and then to all-rounder Vijay Shankar. Rishabh Pant was brought into the side when Dhawan was ruled out while Mayank Agarwal replaced Vijay on the team management's insistence.