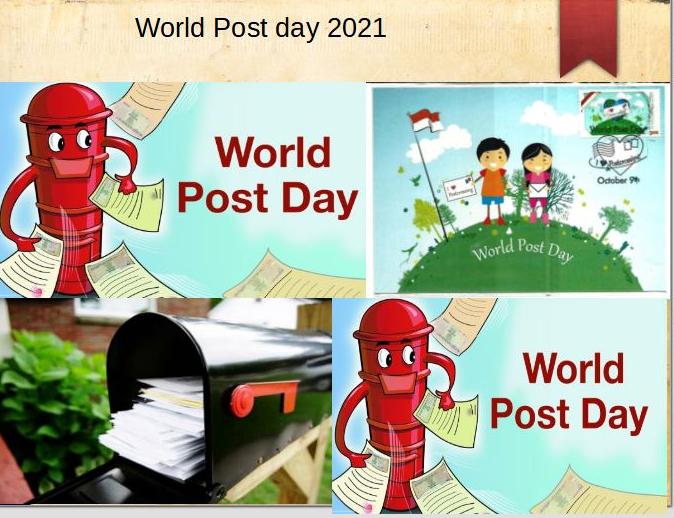 Every year on October 9, World Post Day commemorates the founding of the Universal Postal Union (UPU) in Switzerland in 1874. The UPU was the catalyst for the global communications revolution, allowing people to write letters to others all over the world for the first time.

In 1969, World Post Day was established. Since then, governments all over the world have held events to honor the postal service's importance. In certain countries, post offices have special stamp exhibitions, as well as open days at postal measures and workshops on postal history. The UPU hosts a young people's international letter-writing competition.

For many centuries, postal systems have been in use. People have been writing letters to each other since the dawn of time. Special couriers delivered them on foot or by horseback. Many countries began to establish their first national postal systems in the 1600s. These were more well-organized, and they could be used by many individuals. Countries gradually decided to exchange mail on a global scale. There had been a global mail service by the late 1800s, but it was slow and complicated. The founding of the UPU in 1874 paved the way for today's effective postal service. In 1948, the UPU was designated as a United Nations organization.

Theme Of The Day

"Innovate to recover" is the theme of  World Post Day

At the 1969 UPU Congress in Tokyo, Japan, the 9th of October was named World Post Day for the first time. Shri Anand Mohan Narula, a member of the Indian delegation, submitted the idea. Since then, World Post Day has been observed all over the world to raise awareness of the value of postal services.